In many respects China and Mongolia are world apart. From our train window we couldn’t help but notice the striking differences. Apart from the simple electric cables that followed us, everything in Southern Mongolia, looked wild.

As soon as we crossed the border, the landscape became carved, planted, or built upon. Everything seemed to be shaped by human labour. To our eyes, the countryside appeared to be a large farm and the urban landscape a vast building site. When we approached cities the colour of the sky would change and we usually saw more buildings under-construction, than completed ones. On a positive note, we saw vast amounts of newly planted trees, wind farms and solar panels. Most homes were fitted with hot water solar panels and there was relatively little litter or plastic waste by the wayside. 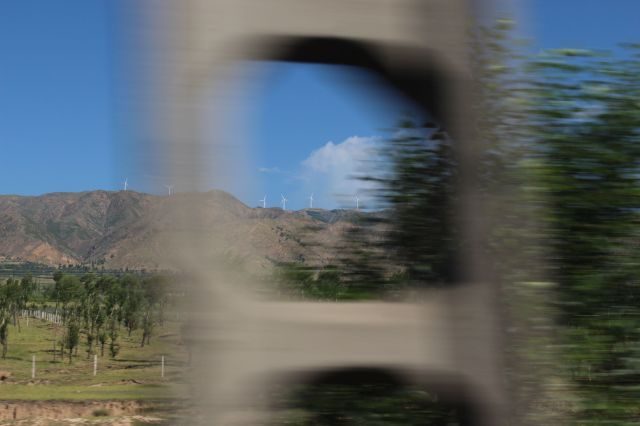 Along the way, parallel tracks, bridges and new stations were under-construction, promising more trains in the future. 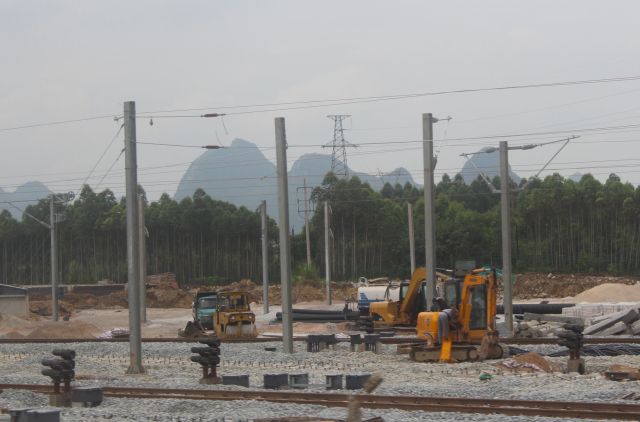 But the real shock came when we arrived in Beijing. It was quite an experience to be immersed in the stream of people that flowed out of the central station, never in our life had we experienced such a large yet coordinated crowd. It was a one-way system and we felt like we were in a river carried by the current. Things got a little messier once we hit the streets. The hot, humid and polluted air also did not help. There must have been a couple of hundred people waiting in the queues to buy metro tickets. Given the madness of the situation, we got tickets from a woman who sold them two for the price of three! We were impressed by the metro and despite the crowds, found our youth hostel quickly among a maze of pedestrian streets that surrounded it. The hostel was centrally located, air conditioned and pleasantly decorated with plants and flowers – it even had a roof-top café. The streets in our district were filled with chinese tourists and the nouveau-rich, music poured out of the trendy bars, the atmosphere was jolly and I could not help make a parallel with the roaring twenties or “les années folles” as we call them in France.

The traffic, the crowd, the pollution and the heat affected us and despite being walking distance from the Forbidden City, we ended up ignoring the tourist and cultural sites, choosing to spend most of our time in parks and gardens. 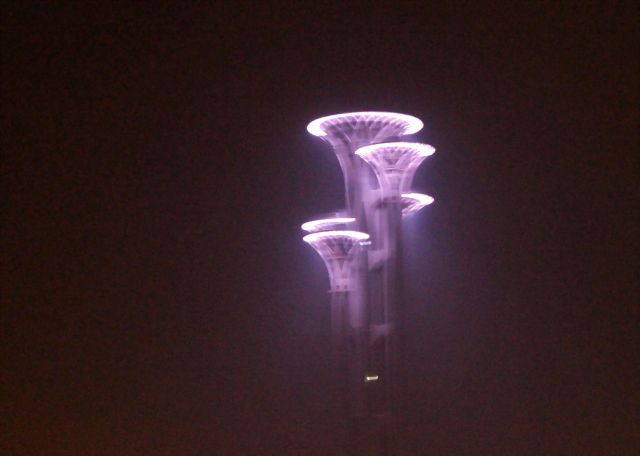 One of the highlights of our time in China was the day we spent at the Great Wall. We opted for one the most challenging and least crowded stretch on offer – the Simatai, known for its steepness. We booked a tour that drove us to Jinshanling (about 120 km north-east of Beijing) and let us walk the twenty-two towers until Simatai. The sky was strangely overcast, and despite being in the countryside, the haze was still light yellow most likely from the pollution. 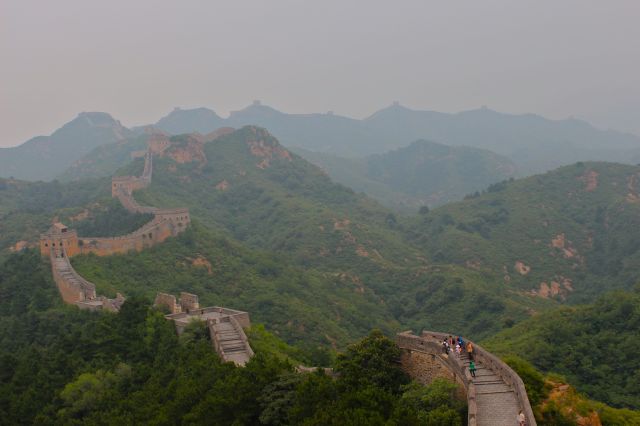 We were part of a small group of keen walkers and soon dispersed going at our own pace and meeting the occasional local people trying to sell drinks and souvenirs. The most memorable of them was a seventy-seven year old man who still wore the communist uniform.

Many sections of the Great Wall have been reconstructed over the years, but towards Simatai the Wall was original and it was fascinating to think that some of the stones we were touching had been laid more than six hundred years ago.

Apart from this, timeless China somewhat escaped us. Beijing was much more modern and westernised than we had imagined. The electric scooters replaced the bicycles, fashion boutiques replaced tailors and the ice-cream parlour, the tea rooms.

Two hours before catching our train, we rented two bikes and cycled around the Forbidden city, crossed Tiananmen Square and around Houhai lake and ran back to our hostel to collect our bags – happy to leave this complex and somewhat crazy city behind.

The journey between Beijing and Nanning was a pleasant train ride. We were the only foreigners in the carriage and over the twenty-three hours journey got to interact with the people we shared our compartment with. Yoel even got to play with a few children his age. 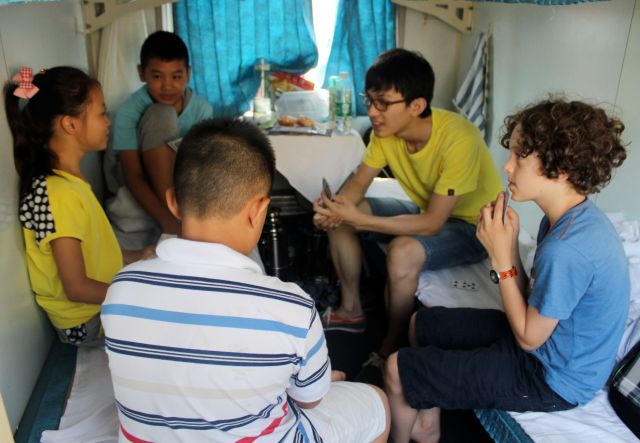 Nanning was nearly as mad as Beijing: the modern sweeping the old at an exponential scale. 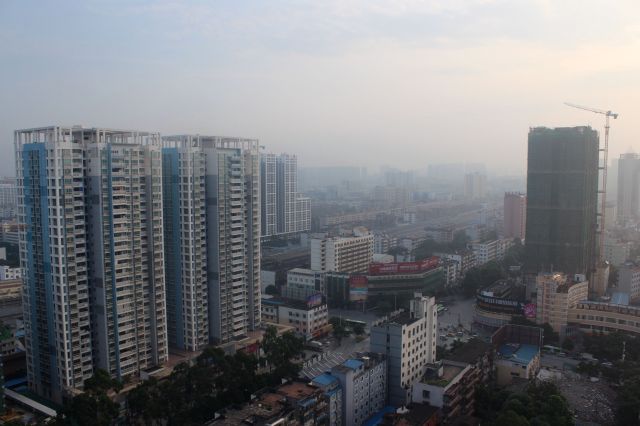 Due to some floods, our train from Nanning to Hanoi got cancelled, and after waiting in queues for hours trying to retrieve our tickets and to get reimbursed, we bought some coach tickets to Vietnam. While looking for the location of the coach station, Yoel got attracted by a beautiful poster of Ha Long Bay. Rather impulsively, we decided to change our destination and go there instead. We found a cheap room on the twenty-ninth floor of a tower block not far from the coach station and spent another night in Nanning – looking forward to the next leg of our journey.

We left China with the impression that communism was fading and that consumerism was in full swing. It seems funny to think that most of our possessions we have traveled with from England, were originally Made In China.